‘The Dude’ marks 25 years of innovation and creativity 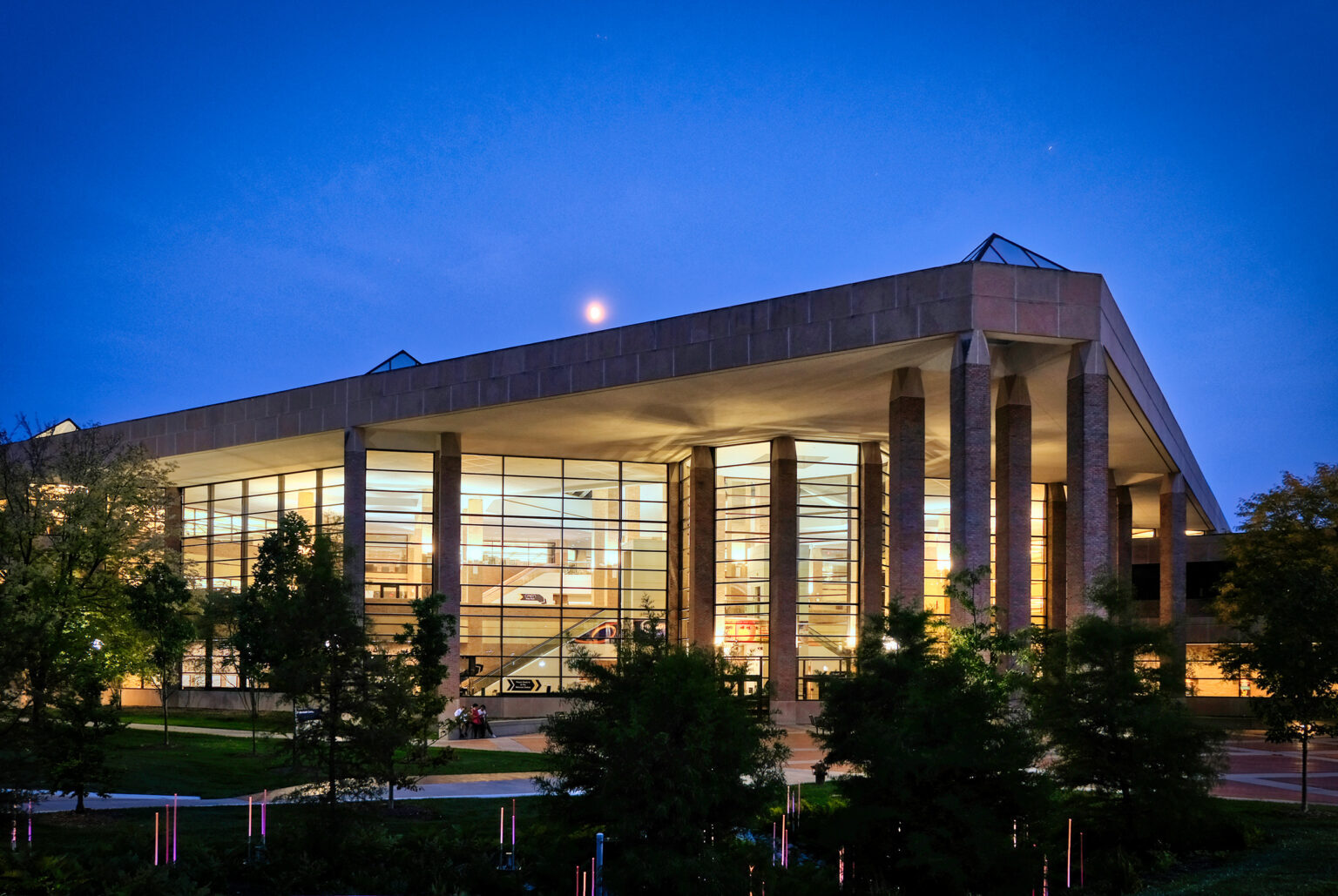 While the technology inside the James and Anne Duderstadt Center has certainly changed since 1996, one thing has not: The center remains an innovative hub where collaboration, experimentation and creativity flourish.

“The Dude,” as it is affectionately known, is famous for its vast collection of the latest technological tools. Those tools — and some of the work they’ve helped produce — will be on display during a weeklong 25th anniversary celebration that begins Oct. 4.

James Hilton, vice provost for academic innovation and dean of libraries, said the Duderstadt Center is one of the busiest, most dynamic spaces at U-M. With more than 400 computers spread over 250,000 square feet, it is the university’s largest computing space. It has several studios, laboratories, performance venues, and gathering and study spaces.

As many as 6,000 people visited daily before the pandemic.

“I think it’s a jewel,” said Hilton, who also is an Arthur F. Thurnau Professor and professor of information. “I’m not aware of any other place in higher education where students can walk in, and if they’re willing to put in some time (to learn how to use the equipment), they can have access to tools that students at other universities don’t have access to.”

The deans of the schools on North Campus proposed the center in the early 1990s as a way to provide students with access to rapidly evolving technologies. At the time, the internet was relatively new, and the transition from physical books to digital libraries was just beginning.

Originally named the Media Union, the facility was envisioned as a technology-intensive innovation commons where students, faculty and staff from multiple disciplines could gather to create, invent and design things.

James Duderstadt, U-M’s president at the time, played a key role in securing the state funding that made the project a reality. He and Dan Atkins, who served as interim dean of the College of Engineering and later as founding dean of the School of Information, made several trips to Lansing to convince the governor and key legislators to provide $45 million for the project.

“When the Media Union finally opened its doors in 1996, there were probably fewer than a dozen people on the campus who understood what it was,” Duderstadt wrote in a report about the history of the center. “But the students rapidly learned, and within a month it became the most popular facility in the university.”

Duderstadt said the facility sent a powerful message: that the university and the state of Michigan prioritized investment in “creating art, creating technology, creating the future.”

In 2004, the Board of Regents approved renaming the Media Union complex the Duderstadt Center in recognition of Duderstadt and his wife, Anne. James Duderstadt, president emeritus and University Professor of Science and Engineering, still has an office there.

From the beginning, the Duderstadt Center has given members of the U-M community access to the newest generations of information technology and digital media tools, as well as expert support. Access to costly and complex resources, and the training on how to use them, is available for free.

The technology is refreshed and upgraded often. Currently, the center’s leadership is working with a number of schools and colleges to acquire a BigRep Studio G2 3D printer, a large machine that offers 10 times the build capacity of most standard 3D printers, with several available materials to fit various applications.

Many of the center’s resources are geared toward the curricula of the schools on North Campus: the College of Engineering; the School of Music, Theatre & Dance; the A. Alfred Taubman College of Architecture and Urban Planning; and the Penny W. Stamps School of Art & Design.

An executive committee made up of North Campus deans and the dean of the School of Information works closely with Hilton and Interim Chief Operating Officer Kathleen Bauer to shape the center’s vision and priorities.

The Duderstadt Center is home to the Art, Architecture and Engineering Library, the College of Engineering Computer Aided Engineering Network, the Digital Media Commons, Arts Engine, the Alliance for the Arts in Research Universities, the Center for Entrepreneurship and the Millennium Project.

The center still provides important resources for engineering students today. The Michigan Electric Racing team recently used it to create a video to launch its latest car, and mechanical engineering classes have done course design reviews there in virtual reality.

“As a space where students could have access to technologies that were beyond their reach elsewhere, it was and still is a place to help students explore what’s possible,” said Gallimore, the Richard F. and Eleanor A. Towner Professor of Engineering, Arthur F. Thurnau Professor and professor of aerospace engineering.

Along with hundreds of computers with advanced software, the center has many unique studios and labs. The Visualization Studio has advanced tools and resources for creating extended-reality, augmented-reality and virtual-reality experiences. The Fabrication Studio contains 3D printers, a laser cutter, a CNC router, 3D scanners, dedicated computers and electronics workbenches.

State-of-the-art audio studios contain equipment that meets or exceeds current recording industry standards. A 4,200-square-foot, broadcast-quality production studio is available for the video recording and livestreaming of performances and events.

“It has leading-edge technology,” Hilton said. “It has a huge sound stage. When it was first built, it was said to be the largest sound stage east of the Mississippi outside of New York City limits.”

Visitors will be able to check out the studio and other features of the Duderstadt Center during the 25th anniversary celebration from Oct. 4-8. Several special activities are planned for the open house-style event, including building tours, film showings and demonstrations of 3D and virtual reality technology. Some activities require advanced registration.

Reflecting on the past 25 years, Duderstadt said he’s proud of the people who had the vision to make the Duderstadt Center a reality and the students, faculty and staff who continue to carry that vision forward.

Hilton said while the center’s technology may look different today, its mission does not.

“What I think is interesting about the 25th anniversary is because of its focus on innovation and collaboration, it’s as relevant to North Campus and U-M more generally today as it was the day it opened,” he said.