Beyond competitions and prizes, successful student innovations continue to evolve 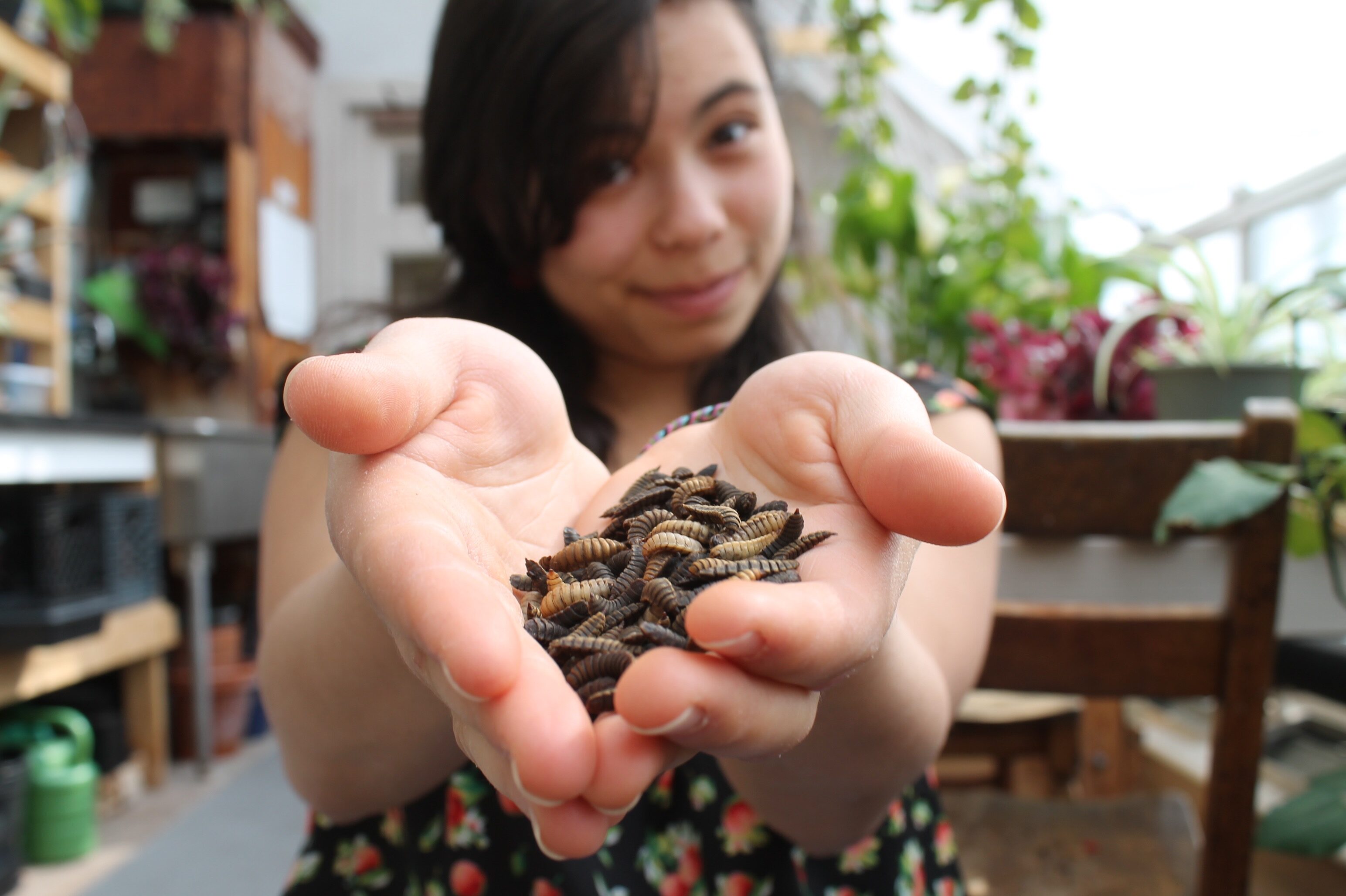 From an app for facilitating end-of-life conversations, to creation of sustainable animal feed to a lactation simulation model to help new moms with breastfeeding, University of Michigan student entrepreneurs have been successful in pushing forward their ventures to be innovative and beneficial to society.

Canopy, a team that is creating a web application to help people have difficult end-of-life discussions has moved from a successful student idea to a project that could soon be used by individuals and their caregivers. The team just won the Student Grand Prize at the Accelerate Michigan Innovation Competition, one of the largest business competitions in North America that provides funding and the chance to meet potential investors. Canopy is also a 2017 winner of Innovation in Action (IIA) competition, a program open to all U-M students that is administered through the School of Public Health. It has the primary goals of empowering students “to innovate solutions that address public health and education problems” and “to create a safe environment to take risks and move beyond the classroom.”

U-M students Ann Duong, Brandon Keelean, and Elisabeth Michel formed the team and came up with the idea after Keelean visited a friend who was having trouble making medical decisions for her uncle.

“There are many ethical issues and other concerns to consider when you are making this type of a decision,” Keelean said.

“Some of the people we’ve interviewed have said that they are now caregivers and they wish they had conversations about end-of-life plans earlier, when they were capable of having them,” Michel said.

Individuals can use the app to express their core values and identify their preferences for health-related decisions. Then, potential caretakers will have a better understanding of what decisions to make in case anything happens.

After winning the IIA competition, Canopy turned towards conducting market research and interviewing other experts in the end-of-life area and people with personal experience. They are now working to create a prototype of their web application.

Their work is also applicable for addressing health disparities within the end-of-life sector, Michel noted.

“It’s a journey in which we’re creating and helping to create greater equity for health care access amongst everyone in the US and even globally,” Duong said. Another student innovation with an international reach, Kulisha, is dedicated to solving the issue of the global demand for animal protein. The team is comprised of the U-M alumnus Eric Katz and Brown University students Viraj Sikand and Maya Faulstich-Hon.

Katz and Sikand met at the Quinalt Indian Nation over the summer of 2014. There was a salmon hatchery on the site, and it started their conversation about how fish are fed to animals, which has led to destructive fishing methods. Katz and Sikand began to wonder if the animal feed could be replaced with something more sustainable.

Shortly after, the two began building up the team and formed Kulisha, which means “to feed” in Swahili. The team members trace their roots to Kenya, where they initially focused their system.

The team received $40,000 of support from The Dow Chemical Company Foundation through the the Dow Distinguished Awards competition to conduct a study about how black soldier flies might contribute to the agriculture and waste management industry. As a result, they now use black soldier fly larvae to change organic waste into animal feed. Consumers can directly buy larvae on the Kulisha website, or they can purchase an entire kit, the Coop+™ to start raising chickens in their backyard. In doing so, the team hopes to make it easier for people to access local foods, as they can use the eggs their chickens lay, Katz said. The larvae of the Black Soldier Fly, which Kulisha turns into feed.

“There are two problems we address. One is that there are tons of food waste that is thrown away, and it’s still packed with nutrients, which is a huge waste. Secondly, we’re looking to replace unsustainable fishing methods like trawling, which is how we currently get fishmeal, the protein base in many animal feeds,” Katz said.

Kulisha won the social impact track of the Michigan Business Challenge in 2016, a $15,000 prize. It also won the grand prize at the 2016 Thought for Food Summit in Switzerland, and the Brown University Social Innovation Fellowship in 2016.

“I think Kulisha gave us a bigger appreciation for underserved industries like animal feed or waste management,” Katz said. “There’s a lot of opportunity in these areas.”

One of the first winners of U-M’s IIA competition is LiquidGoldConcept, an idea that changed as it was developed but that never lost sight of its goal to improve the breastfeeding experience for mothers.

In 2014, they won the competition in the Empowering the Underserved category. That summer, Sadovnikova traveled to Brazil to study human breast milk donation. During this time, she learned that while the breast pump isn’t necessarily the solution to breastfeeding issues, education and empowerment are.

The team decided to move away from the breast pump design, instead focusing on creating educational materials about breast massaging techniques. They decided on two main projects: a lactation simulation model (LSM) and Momkit, an app to help users with breastfeeding concerns. The team had a breakthrough early this year with their LSM. Plott, the team’s chief technology officer, found a way for the model to mimic breast engorgement, which is a common occurrence after delivery. Plott also figured out how to simulate fluid coming out of the breasts.

In May 2017, LiquidGoldConcept teamed up with two clinical trials on campus in collaboration with faculty from the School of Nursing, the School of Public Health, and the University Hospital. Their goal is to eventually make their products available to healthcare providers and students so that they can better understand the breastfeeding process.

All three teams expressed their gratitude for the friends, family, faculty, the university, and others who supported them throughout this process.