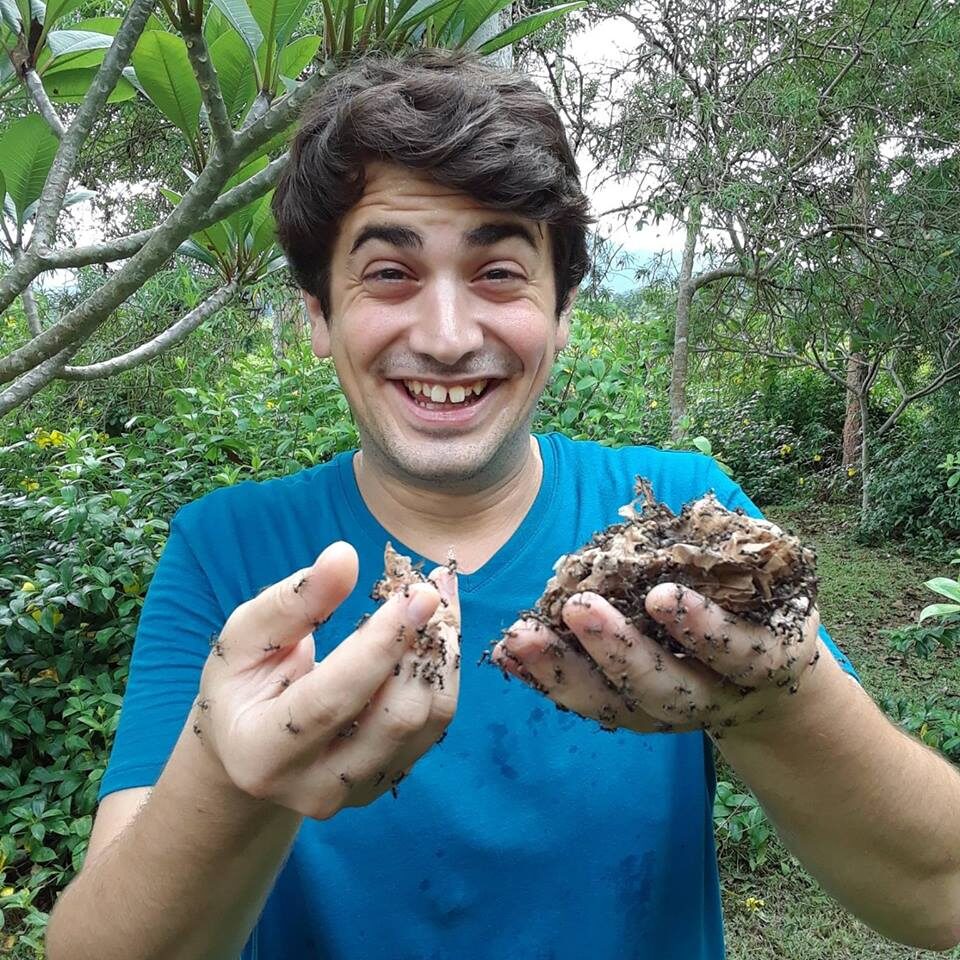 For fun, Benjamin Blanchard has written to famous people to ask about their feelings on ants. He’s gotten responses from the likes of Steven Pinker, Dennis Kucinich, and the editor-in-chief of the blog Jezebel. Blanchard says, “Some people are neutral on the topic, but those people are weird.” Photo courtesy of Benjamin Blanchard

To ensure that UROP keeps opportunities open to everyone, the program conducts research on itself, using its own data to continually evaluate how well UROP meets its goals: good student retention; better academic outcomes for underrepresented students; and improved faculty perceptions of student researchers, particularly underrepresented students.

As one of the first members of his family to graduate from college, Benjamin Blanchard (B.S. 2013) is one such student. He’s been known to grab handfuls of ants. “These are quite aggressive,” he says. “They don’t sting, thankfully, but they do spray formic acid. It’s not so bad, but when they’re crawling all over you, it tickles a little bit.”

Blanchard double-majored in Ecology and Evolutionary Biology and Asian Studies. He also studied at LSA’s Biological Station. He’s now a Ph.D. student at the University of Chicago, studying ant evolution at his field site in a Chinese tropical botanical garden situated between Myanmar and Laos. He’s quick to laugh, and his excitement for ants bubbles into lengthy explanations about the diversity of giant spiny structures that some ant species bear. He says spines may make it harder for spiders to eat the ants.

As an undergrad, Blanchard pored over the giant book of available UROP projects, amazed to see a handful of faculty projects studying bugs—exactly what he’d been hoping to find. “I still remember my feeling of happiness, walking around the campus collecting ants,” he says. “Just the idea that I was getting paid to go collect ants on the quad and identify them . . . I don’t have any scientists in my family, so it became ingrained that I could go out and get paid for this kind of work.